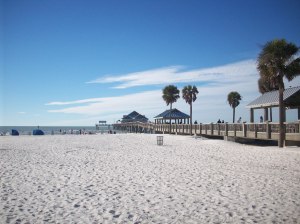 She sat at her desk and drummed her fingers across the keyboard. Seven more days of this, she thought. Seven more days until she could surround herself in sun tan lotion and sand. Already she could hear the sound of the gulls and the waves lapping at the shore. Soon, she would stand in the surf and let the water wash over her ankles, sinking. Sinking and relaxing. Isn’t that what vacation was all about it?

Sinking her paycheck…but sinking…no, absorbing all the sun, waves, blue sky and soft comforter that she could stand. That time in the morning where you relish in the fact that there’s no place to be. No work, no appointments, no commitments whatsoever. Just the promise she’ll make to herself when she stretches her toes out of the covers and reaches her arms up over her head. Soon it’ll be the time to relax, to slough off the bruises of a long day, and the scourge of human emotions. Soon. But not yet. Not yet.

Um, I’m not really sure what happened here. I felt the pressure to write something new tonight, as I don’t want to disappoint those that have been looking for something new from me each night, but also because I really need to push myself to write everyday.

And when I push myself, I really do seem to surprise myself. Nothing is perfect, but it sure is entertaining sometimes. I also might be watching reruns of Bones tonight…which might act as some accidental inspiration. 😉

She’s got that look that she’s been used too many times. Like her face would have dried up, if she didn’t keep applying make up. Maybe last week she had a someone, maybe it was yesterday. What’s the term they use for women who have…let me say…”been around the bend?” 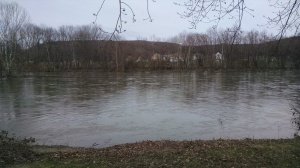 Ah, she had her uses I suppose. Her hair was that smooth, silky black, her eyes wounded, her lips pouty. I loved the way she chewed them when she was speaking to me. As if every word next out of that sticky, pink mouth was going to say something holy –  something worthy of remembering. She didn’t really have a sense of humor. It took her a while to get to the point. Or maybe that’s just because she thought too much about the answer. Thinks that maybe saying the wrong thing will get her hit again. Just how it happened when she was ten, just how it happened when she first slept with her ex-boyfriend.

[The first lawyer asks the witness] Did you hit her John?

No! I didn’t hit her! What kind of jackass do you think I am? I just like it when she did what she does. You know…down there. God, the magic of a woman’s mouth. You know, I liked it when she got real slippery…would giggle like a little girl. [Someone clears their throat. Probably the lawyer]. Huh. So that’s why she looked so wounded. You’d think she’d have figured out that’s not the way to be. Turns a man off, you know? I guess all the hitting made her stupid. She sure was nice to look at, though.

What was the name she gave me? Hell, if I remember. Anita? No, Laura? Yes, Laura. Laura Tippleton. She told me that she liked to go downtown sometimes at Midnight. That’s where they would find her. You know…her “conquests.” [Witness laughs]. That’s where she found me.

[The second lawyer, this one female asks:] Did she like to go down to the river?

Well, I guess. Maybe she would skip rocks or something like that. Fish. You know, she used to say if you look at the surface of the water long enough you could see the future, I just thought she got hit in the head too many times.

[The first lawyer looks up from the table where he sits next to a young man; a greasy young man who is hand cuffed and wears an orange jump suit.]

[The female lawyer asks] Do you think she saw anything in the river?

[The witness on the stand looks puzzled. He rubs at the grizzle on his face. Adjusts his red cap with oil-stained fingers.]

[The judge begs him to answer the question.]

[The witness’s eyes cross and his mouth works, then pauses, and then he speaks.] I guess not then, huh? Because that’s where they found her, isn’t? Hell, you never know the finality of life until it is staring you in the face. Plum, staring you in the face. Would have been nice of the river to tell her that. Maybe they wouldn’t have found her like they did. I wish I could have told her that. I, well…I’m sorry I couldn’t remember her name.

[The female lawyer gives him a long, hard look, but it is not completely unkind. Her eyes glance, just once over to the judge. She speaks.]   No further questions.

Picture taken by my cousin, Mark. Watch out Mr. chicken…that’s a bull!

So, as emphasized in my last post, my creative writing teacher was big on the phrase “In medias res,” which means in the middle of things. She encouraged us with various prompts to start out our stories in the middle of the action and let the exposition flow through in the narrative.

I loved those prompts, so I thought I’d share one of my stories from that 15 minute exercise. I wrote all of it in that 15 minute journal session, and very little is changed from the original with the exception of added commas, and a few extra adjectives here and there. I’ve always meant to add more to the story, but it always seemed so neat leaving it the way it is.

I believe the prompt was something along the lines of “write a prompt of a family situation, made up or real and include a body part or some catastrophe. Start the narrative in the middle of the drama. Go!”

***(FYI, this is completely made up. Although I do have an uncle named Donald.)

So Uncle Donald dropped his teeth in the chicken and rice soup, and there they were grinning stupidly up at us, like they were about to start yammering about how maybe too salty the soup was or start shivering – chattering back and forth – yak, yak, yak, yak, yak.

We all stood around the pot of soup in silence, staring down at it. Me, Aunt Josie, Uncle Donald and Daryl, my brother. Uncle Donald’s toothless mouth wore a grim expression.

I thought that if we broke the silence that would be it, and the teeth would start talking back up at us. I felt a smile tug at the corner of my mouth, felt it want to yank up to one side and let out a large gurgley sort of laugh. Daryl caught my expression and coughed into his rough callused hand. He wore a black t-shirt, his jeans baggy like always. Aunt Josie went and got the tongs.

“Oh dear, oh dear,” she fretted and scooped the teeth out and set them down on a paper towel.

Uncle Donald cleared his throat. “Might want to want to wash them off, Josephine,” He said. He only used her full name when he was being real serious.

She had wandered into the kitchen and set the tongs in the sink. “The tongs?” she asked him.

“Not just the tongs,” coughed Daryl into his hand. Aunt Josie returned to the Dining room.

“Now, now,” she chided, although she wasn’t scolding. “These things happen.”

Uncle Donald got up with a grunt and took his teeth into the bathroom.

“Yeah, only in our family,” I said when Uncle Donald’s back had disappeared behind the bathroom door.

Daryl and I started laughing.

(In which it ends, and I’ve tried to add more but just can’t seem to get the same innocent frankness of the narrator. Who is a young girl about twelve or so named Charlie. Leave some thoughts below if you want to!)